The famous Japanese web game has made its return on your Android devices, now, you can start enjoying your Touken Ranbu Pocket adventure right on your mobile devices. Find out more about this amazing game from DMM Games with our reviews.

The game is essentially a card game where you’ll take the role of a modern-day sage who travel back through time to try to defeat the evil forces that’re trying to change the course of the history. Here, using your sage powers and abilities, you can bring objects back to life and use them to fight the enemies. Most importantly, you’ll be able to breathe life into the famous Japanese swords. Travel to different periods of time and turn your powerful swords into magical deities, who are capable of dealing significant damages to the enemies.

Here are some of the most notable features that the game has to offer:

In Touken Ranbu Pocket, players will have their chances to enjoy exciting game modes which are Front Lines, Expeditions, and PvP battles.

In this mode, players will have their chances to experience battles in various battlefields throughout the history of Japan, from the memories of Aonogahara to the recent Meiji period. Take on various battles and encounter some of the most notable historical characters in Japan.

In each stage, players are introduced to a different map, which is where you’ll go against your enemies. Take on the enemies and progress further on the map as you defeat the enemies and earn experiences for your team. However, keep in mind that your team members won’t gain any experiences if they surpass the level cap at that level. So playing a map over and over again won’t get you very far. Instead, make sure you complete each map with great results to make the most out of them.

And most importantly, the Touken Ranbu Pocket is the best place to obtain dropped swords. The harder the level, the better chances of gaining new swords. After each battle, you can choose to return to your citadel or continue your campaign. Keep in mind that your swords will lose their stamina after a few battles so you might want to go back and recharge them.

Unlike the front line battles, in which you might lose your battles and lost all the collected goods, expeditions are safer ways to gather resources without risking too much. That being said, once you’ve complete a map, you can start sending your sword spirits to join the Expeditions. Since you won’t be engaging in any battle, this mod is completely safe from gamers to experience. The only thing it requires is a certain amount of time.

To perform an expedition, your units must reach a certain level or you must have a certain sword type in your collection. The expedition will require a full team to join in, so you’ll have to let your second, third, or fourth teams go.

During the expeditions, there are chances that you’ll encounter the Great Successes, which would allow your units to gain 1.5 amount of resources as well as a doubled amount of experiences. This is extremely useful if you’re looking to level up quickly.

Explore the other interesting activities for gamers

Along with the main game, players are also allowed to join other in-game activities, which can be extremely interesting.

Smithing – Apart from swords that are obtained during battles, you can also get your new swords through smithing. Make uses of the resources that you’ve earned throughout your quests. You can even receive rare swords with this. However, you’ll need to use certain recipes to get them.

The game features exciting turn-based combats in which players are allowed to control their swords and lead them to battles against the enemies. Each of your swords will have certain stats which are Survival, Impact, Leadership, Mobility, Impulse, Range, and so on.

To make your swords more capable, you’ll need to improve their stats over that of their enemies. In addition, before your battles, you can also pick the suitable tactics for your armies, allowing them to gain the advantages over their enemies.

Your main enemies will be the Kebiishi, which is a group of the evils, who are trying to change the course of history with their manipulations. Make sure you can deal with them before they lay their hands on the world.

After your swords are engaged in battles, they’ll also get tired and wounds, which would take time to recover. Each sword you get will start at level 1. To increase their level, you can either hone them in battles or send them to Expeditions and Refine them.

Here in Touken Ranbu Pocket, players will have their chances to get their hands on some of the most powerful swords throughout the history of Japan. Use their powers to wield powerful attacks at the enemies. Take them down before they have a chance to do anything.

However, the legendary swords will not be easy to achieve since they require a lot of progress and resources.

Lots of other aspects to discover

The game is currently free to play and ready for you to download at any time anywhere. Make sure you get it as soon as possible to start enjoying the exciting gameplay.

This is one of those few games that don’t focus heavily on the graphics aspects while still remain extremely interesting. The hand-drawn characters and swords are also extremely gorgeous, allowing for realistic experiences.

In addition, with Touken Ranbu Pocket, players will have their chances to enjoy the exciting gameplay without being limited by the hardware requirements. Hence, you can play the game on your old devices without any lags.

Here in Touken Ranbu, you’ll have your chances to enjoy epic traditional Japanese music tracks which are far more interesting than what you usually hear in other games. On top of that, the exciting voiced actors make the game extremely immersive.

For those who’re looking for a simple turn-base strategy game, Touken Ranbu Pocket is definitely a great choice. Get the game for free right now as you enjoy it on your Android devices. 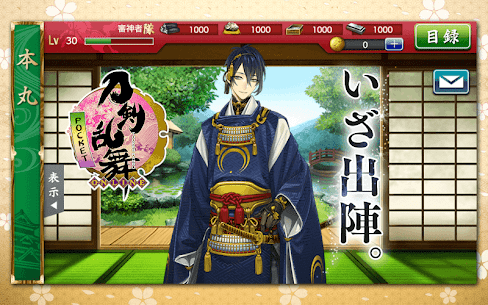 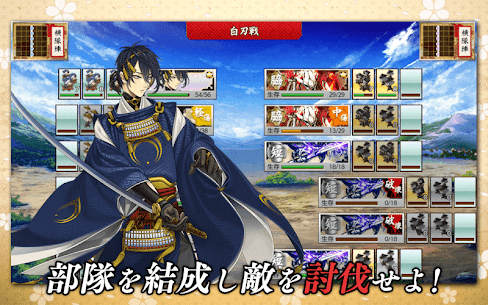 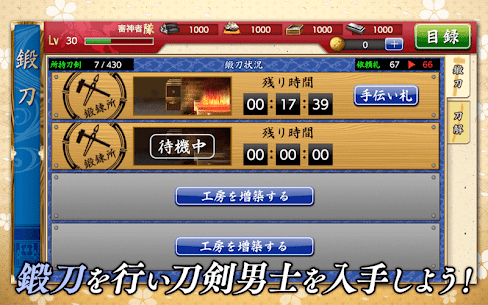 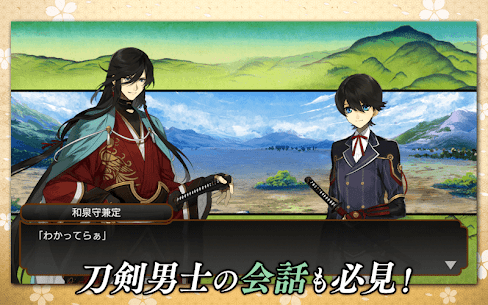 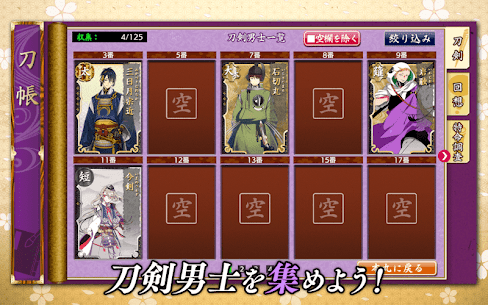